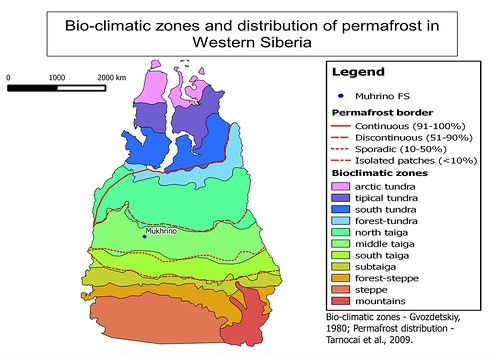 Mukhrino Field Station located in the central part of West Siberia, middle taiga biogeographic zone, 30 km to the south-west from Khanty-Mansiysk, on the left Irtysh River bank near the peatland Mukhrino.

The detailed description of geography and climate characteristis of Khanty-Mansiysk and its surroundings in a book by Bulatov V.I. et al., 2007 (Pdf, in Russian).

Small topographic objects in the vicinities of the station had been named by MFS to increase understanding between visitors. There are 15 logged paths crossing Mukhrino bog made about 10-20 years ago for seismological surveys. They are currently used for walking and off-road transport and are convenient marks to communicate the area of interest.
Three main rivers and one lake were designated in topographic maps: Mukhrina river and Mukhrino lake, Bolshaya Rechka river, Baybalak channel. Other small lakes with peat bottom and 9 streams originating from Mukhrino bog were newly named. We encourage our visitors to use standardized names for communication and description of the working area. 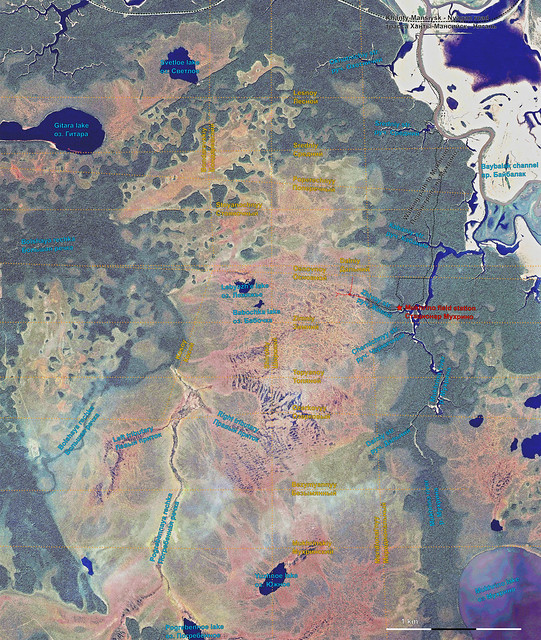 Explore the environs in vicinity of MFS with Google Maps: